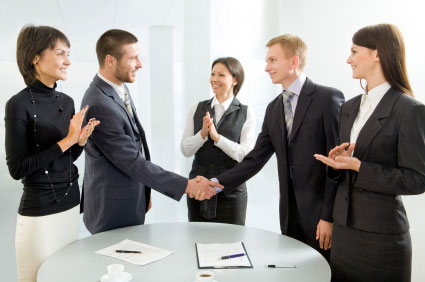 Mediation is a way of amicable settlement, Conflict, with a specialized third party as mediator, under neutral conditions, impartiality, Privacy and free consent of the parties having.

So, mediation "talks" about the amount of technical details, methods and combined, but also the mediator skill to combine and use appropriate tools, for timely completion eminent role.

When compared with trial court, as a means of resolving disputes, Mediation offers the following advantages:

• Speed. Once the parties have agreed to mediate, will be scheduled for more than a few weeks. Most actual mediation sessions ( excluding preparations) last from a few hours to around day, depending on the object to resolve conflict. Prin contrast, judicial procedure usually takes several months or, in most cases, require years to complete trial.

• Confidentiality. Most procedures and court documents are available to the public as opposed to environments where confidential. Mediation sessions are private, there are "public records" as the court, so nobody has to know that the parties have a dispute. What is said in mediation can not be used later in court .

• Low costs. Mediation does not require payment of court fees, mediator's fee is reasonable, the lawyers is optional for parties, and verification of the background and legality of the court is in a non-contentious proceedings, for the parties, with some exceptions, not have to pay legal fees.

In other countries, There are numerous non-profit mediation resolves relatively minor disputes such as customer disputes, neighbors, the workplace or similar free ( for-good) or for a fixed fee. Private dispute resolution companies which mediates in particular clause, business, contracts or labor disputes or other cases where it is considerable sums will be more expensive, but far more useful as costs, than proceedings before courts.

• Correctness. On the average , parties dispute solution design according to the common needs, without case, judge or legislator to impose their problem solving . Moreover, if the parties consider that the proposed solution is correct, should not accept.

• Flexibility. On the average, can develop any aspect of the matter the parties dispute . For example, mediation of divorce, torque exceed strict legal regulations on the separation of assets and determining child custody and find a deal that would normally be a judge ruled, such as participation in extracurricular activities each spouse or children who will be entrusted with the family dog. Many arguments contain undiscovered or hidden aspects, and mediation provides a framework in which they can be brought to the surface, highlighted and discussed to become parties to a global solution.

• Reduced Stress. For many people, participation in judicial proceedings generates fear and discomfort. Parties are obliged to participate in complicated procedures, with a script like "winner takes all" and comes frustration of being dependent on a system where practically speaking a strange language full of terms. Mediation, on the contrary, is worn common language spoken, precious and is run mostly even parties to the dispute.

• Success. Independent mediators and mediation services reveals that in more than 3 from 5 cases the parties are able to resolve disputed issues, to their mutual satisfaction.

– finding and accepting a solution;

– direct participation for a solution;

– speed of reaching a solution compared to a trial at court;

– possibility of improving relations between the parties;

– relieving the courts of the large number of cases;

– increase the quality of justice;

– in any case mediation is not lost;

– fees may be higher, depending on the cost and duration;

– the case is solved in a short time;

– comfort of an office of the VS. courtrooms;

– can retain control over cartel, control lacking in court;